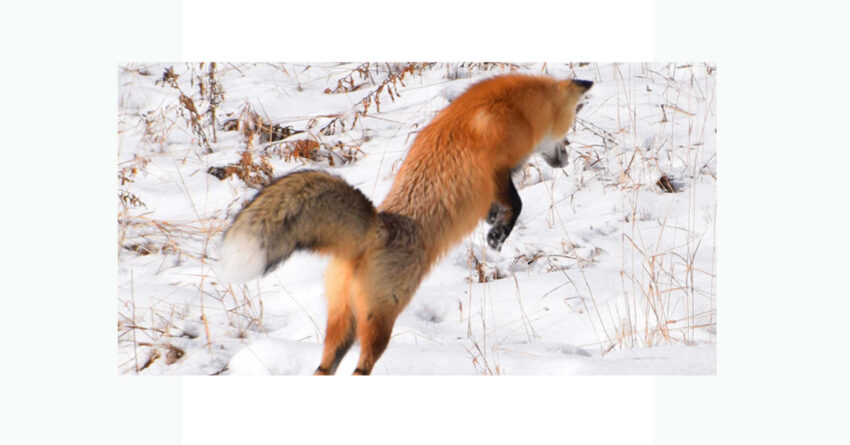 Whenever I drive to Yellowstone National Park’s northern gate, I pass by the Devil’s Slide. It seems that the slide is my gate keeper to the park, and it is always fun to see it in all our different seasons. And once again, during a chance conversation in the park, I was asked about the geology of Devil’s Slide. Because of that conversation, I thought that I’d spend some time blogging about the slide’s geology.

According to Marius Campbell and others (1915, p. 92), “Cinnabar Mountain was named in the early days, when the bright-red streak that marks it from top to bottom was supposed to be due to the mineral cinnabar, a red ore of mercury.” (From: Guidebook of the Western United States: Part A – The Northern Pacific Route, With a Side Trip to Yellowstone Park, U.S. Geological Survey Bulletin 611). We now know that the bright red streak is not cinnabar (a brick-red form of mercury sulfide), but the area of red in Devil’s Slide is actually a set of Triassic age red beds that mark widespread continental deposition and limited marine incursions throughout the Rocky Mountain region. The red beds in this case get their color from the oxidation of iron-rich minerals contained within the rocks.

And now for the jumping fox and its association to my Devil’s Slide discussion – as I said previously in this blog, the conversation that I had with a fellow-park goer a few days ago brought about my blog on Devil’s Slide. My conversation about the slide happened while I was watching a fox hunt rodents in YNP’s Round Prairie, a gorgeous meadow near Pebble Creek Campground in the park’s northeastern area. The female fox hunted for hours that morning, and several photographers and myself were enthralled with her hunt. The light snowfall of the night before accentuated the bushy fall coat of the fox and gave the hunting scene great color contrast. Here are are few photos from the hunt: